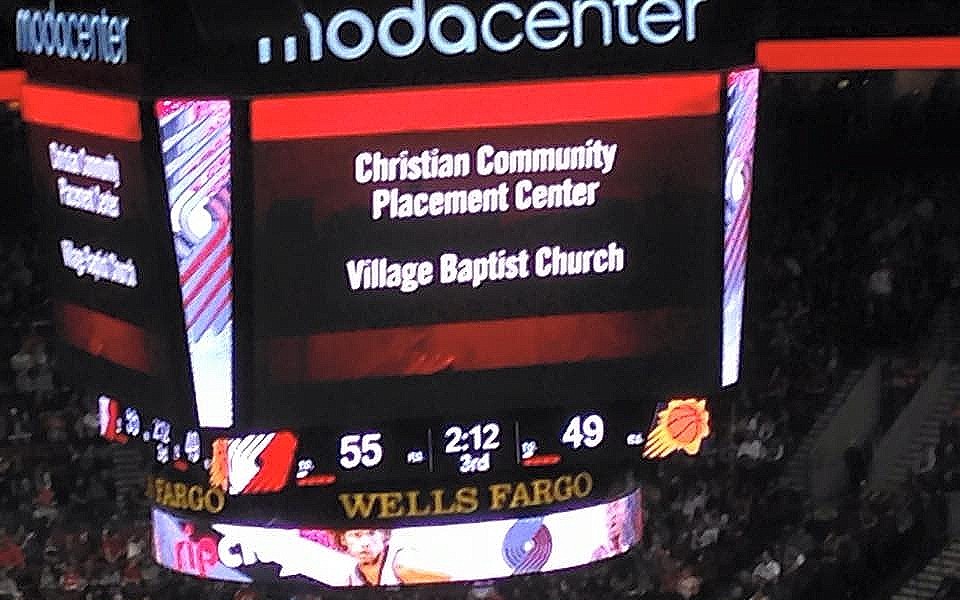 On March 30th, due to the generosity of hundreds of individual donors, 1151 youth from the greater Portland area were able to attend the Portland Trail Blazers vs. Phoenix Suns game. A number of CCPC youth (along with several staff and proctor parents) were among this group.

For the past seven years, Blazer’s Edge, a widely read blog covering the Portland Trail Blazers, has solicited its readers to purchase tickets for youth who might be otherwise unable to attend an NBA game. These tickets are then distributed to various schools, churches, and nonprofit groups who work with youth. This year, thanks to the efforts of certain CCPC staff and proctor parents, CCPC received 45 tickets to the game.

The Blazers soundly defeated the Suns on Blazer’s Edge night, and clinched a playoff berth in the process. But more important than that were the memories made by our youth. Blazer’s Edge night allowed them to do something they wouldn’t otherwise have been able to do, and have an enjoyable night out.

Thank you to Blazer’s Edge and CCPC’s staff and proctor parents for making this a night our youth will not soon forget.