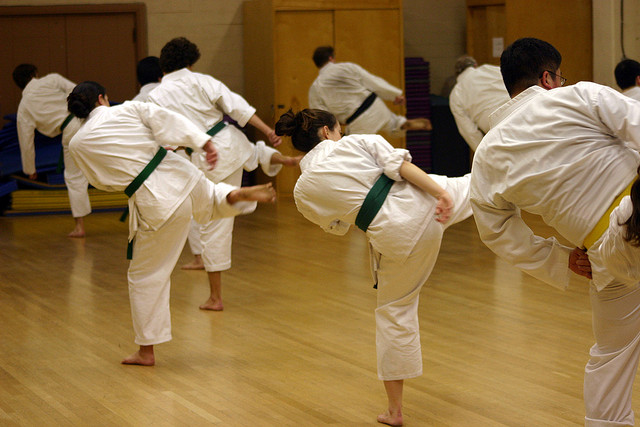 CCPC youth often lack access to activities and resources which many take for granted. However, through the generosity of Sleep Country Foster Kids, we are able to provide life-changing opportunities that would otherwise be unavailable.

One of our mentors recently shared an encouraging account of a CCPC youth who, though the use of Sleep Country funds, has experienced the benefits of taking karate classes. This young man has learned self-discipline and achieved levels of success that were previously unattainable to him. Here is the story, in that mentor’s own words:

Last year, shortly after CCPC received our grant from Sleep Country, a foster child I had been mentoring for over two years expressed a desire to take karate classes. His treatment team and I approached the subject with some trepidation, as he had a history of verbal and physical aggression, and a tendency to give up when he wasn’t automatically good at something. We reasoned that in the best case scenario he would learn valuable skills, including self discipline and respect, if we gave him the chance. So we did. Using the funds allocated for extracurricular activities, he began classes in May. Some class privileges we restricted due to his occasional out-of-control behavior. He and I made a deal that if he could show the maturity, discipline, and respect necessary to earn the next highest rank (yellow belt), he would earn these privileges back.

Despite some setbacks and struggles along the way, he has shown exponential personal growth thanks to this class. He has learned what it means to respect others, especially his foster parents. Never once did he give up because the class was too hard or when younger kids surpassed him in skill. He learned to take constructive criticism and how to better focus on a given task. In one instance, he had to take responsibility for breaking a rule and accept the consequences—something he did better than most adults ever would!—and learned the value of doing the right thing even when it is uncomfortable and difficult.

This experience has taught him patience as well. On January 27th, after eight long months, he finally earned his yellow belt. It wasn’t an easy test, considering the skill required and the emotional toll it took on him. At the beginning he was visibly nervous and by the end of it he was utterly exhausted. It was one of the greatest rewards of my life to watch him participate in the belt ceremony and see such a big, proud smile on his face after his teacher praised him for doing his absolute best. More rewarding still is being able to help him find and participate in something he loves.

We at CCPC are very grateful for both our caring staff and our generous donors, who together make stories like these possible.